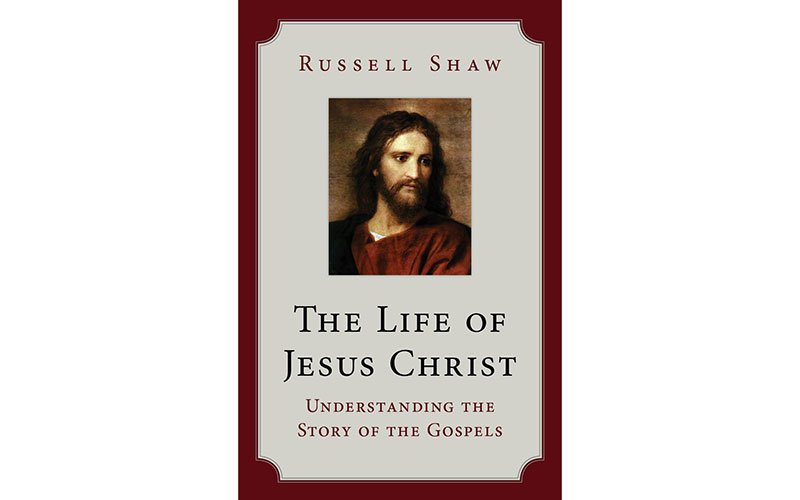 Here is the cover of the book “The Life of Jesus Christ” by Russell Shaw. (CNS photo by Our Sunday Visitor, courtesy of Catholic Standard)

He confessed that he had never read the gospels this way before. “And you know what?” he told the group. “It’s telling a story! “

Shaw wrote his 24th book, “The Life of Jesus Christ: Understanding the History of the Gospels,” published by Our Sunday Visitor in 2021, to help people experience and follow Christ by reading the gospels.

“I have read the New Testament every day for 40 years,” said Shaw, who spends about five to ten minutes a day reading one of the gospels, starting at the beginning. “You learn something new every time,” he said.

Shaw is 86 years old and lives in a retirement community in suburban Silver Spring, Washington with his 63-year-old wife, Carmen. They have five children, ten grandchildren and two great grandchildren.

A native of Washington, he grew up attending the Shrine of the Sacred Heart, where he attended elementary school before graduating from Gonzaga College High School and Georgetown University.

Her first job was a summer internship for the Catholic Standard newspaper in the Archdiocese of Washington.

Recalling this Catholic confrere’s encounter with the gospels, Shaw said he thought of “writing a simple and popular life of Christ.” He wrote a series of related articles for Our Sunday Visitor, a national Catholic newspaper, of which he is the editor, which formed the framework for his new book.

“My book is not meant to replace reading the gospels. I encourage anyone interested in the life of Christ to put gospel reading at the top of the list, ”he told the Catholic Standard.

Shaw said that people who have just heard passages of the Gospel read at Mass but have not read them may regard them as isolated passages, but he said when the Gospels are read, “what you have is a complete and integrated story, namely the life of Jesus Christ.

Shaw’s book, written in the readable style that has characterized his books and articles, includes chapters that weave together the gospel accounts of Matthew, Mark, Luke and John on the Nativity and the Hidden Years of Jesus; his baptism and his temptation; the beginning of his ministry and his ministry in Galilee; the Sermon on the Mount; the apostles and adversaries of Christ; his parables, the Last Supper, his trial and his crucifixion; and the resurrection and ascension of Christ.

The author said he hoped the book would help people integrate “the wonderful story told in the New Testament” and inspire them to “make reading and praying about the Gospels a part of their daily routine.” .

Shaw said reading the gospels helps people “paint a living picture of Jesus Christ and who he was,” so that Christ can become a companion, friend and guide in their daily lives.

As the COVID-19 pandemic continues, the veteran author and journalist, whose books include “American Church” (2013) and “Catholics in America” (2016) is writing his 25th book, which, according to him, deals with what lay Catholics can do. to help the church through this difficult time.

The back cover of Shaw’s “The Life of Jesus Christ” describes the book as “the scriptural companion you have been seeking.”

“Together the four gospels reveal Jesus Christ, God incarnate, as a man of complexity and depth – compassionate yet stern, who knew how to laugh and cry, a charismatic leader indifferent to the power of the world, a subtle thinker who drew sublime messages of ordinary life, ”he said. “With Shaw leading you, you will truly get to know the Son of God in a new way. “

Zimmermann is editor-in-chief of the Catholic Standard, a newspaper of the Archdiocese of Washington.