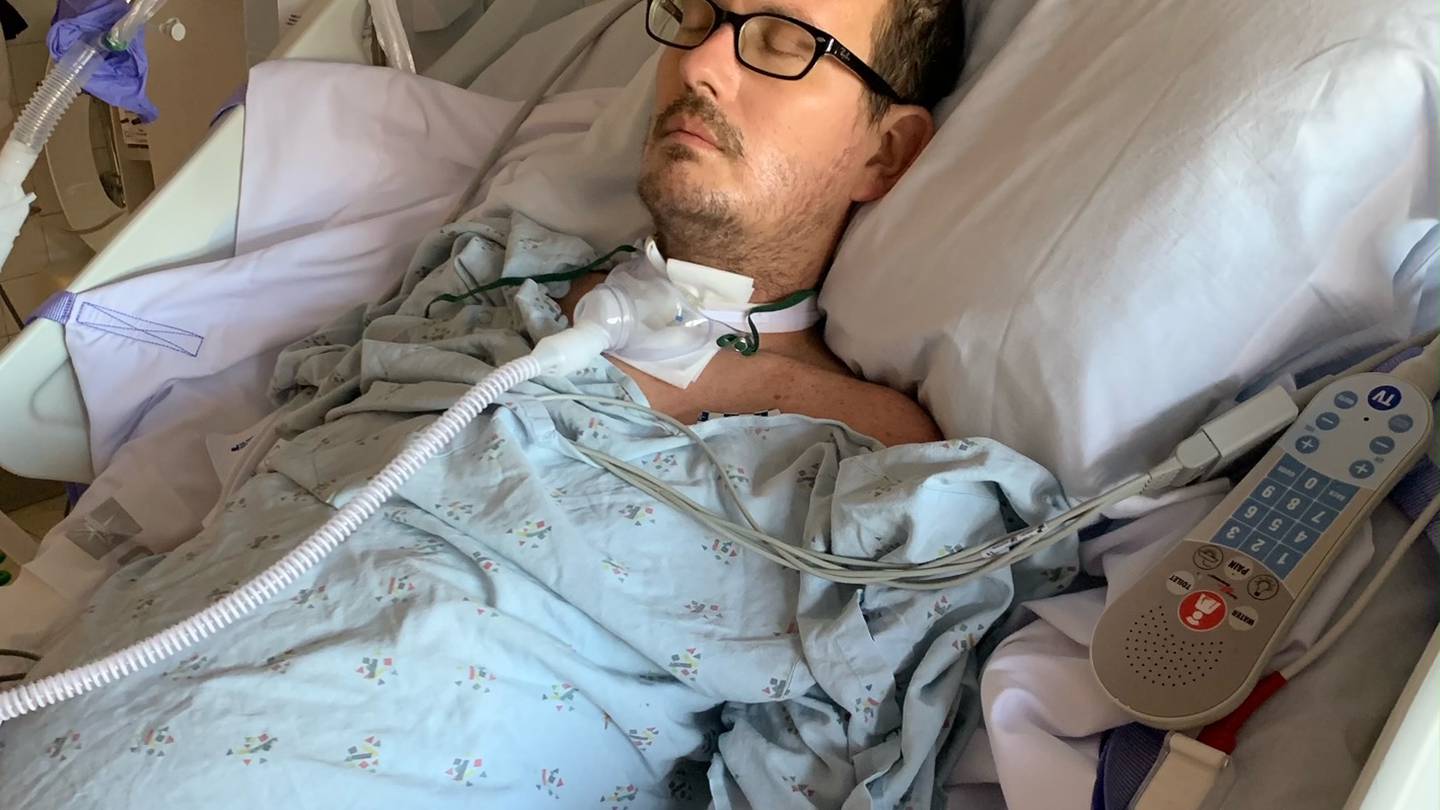 A church in Barrow County received special treatment on Easter Sunday. After four months of battling COVID, her beloved pastor was back in the pulpit.

By all accounts, Zach Adams, 38, is a walking miracle. The doctors and nurses who treated him did not expect him to live, much less return to the work he was called to do: preach.

â€œI am the pastor of Calvary 316 back from a four month vacation,â€ he began the sermon. “It was an interesting race.”

After being diagnosed with COVID just after Christmas, Adams was taken by ambulance to a local emergency room in Monroe on January 4, barely able to breathe. He credits paramedics with understanding the seriousness of the situation.

â€œI can say with 100% certainty that if not for their swift actions, I would have died. These gentlemen saved my life,â€ he told WSB’s Sandra Parrish.

A few days later, Adams would be transferred to Piedmont Hospital in Atlanta where he was put on a ventilator and a coma was induced.

â€œCOVID destroyed me â€“ from my incredibly damaged lungs toâ€¦ complete kidney failure. Again, I was on the brink of death,â€ he says.

Her father, also a pastor, asked the doctors what it took to restore hope to the family. She was told her son needed to wake up. And he did it on February 3.

â€œThe doctor immediately tried to temper my family’s expectations. He told my father that even if he lived he would never preach again. He will find it difficult to hold a prolonged conversation. He even said my family should expect me to be on a ventilator for the rest of my life,â€ says Adams.

But defying those odds, the tracheostomy tube in his neck would eventually be removed and Adams was released from hospital on March 12, breathing on his own. And on Easter Sunday, seated in a chair, he preached to his congregation for the first time since December 19.

“I’m not here outside of a miracle,” he told church members. “So if you need proof of the miraculous power of Jesus Christ, I’m sitting here.”

Adams is still unable to use his arms which fell apart while he was in a coma. That too should heal. When asked why he was allowed to go through this, he replied, “Why not?”.

“I may never know ‘why’ until I get to heaven. But it’s not for me to know why. It’s for me to know that God has a purpose in my life because I’m alive. And if you are alive, there is a purpose,â€ he says.

For now, Adams will continue to preach and be grateful that his wife has a husband, his children have a father, and he can continue to share God’s word.

â€œIt was inspiring to see how the Lord used a very difficult thing that my family and I went through, to encourage other people and their trials,â€ he said.