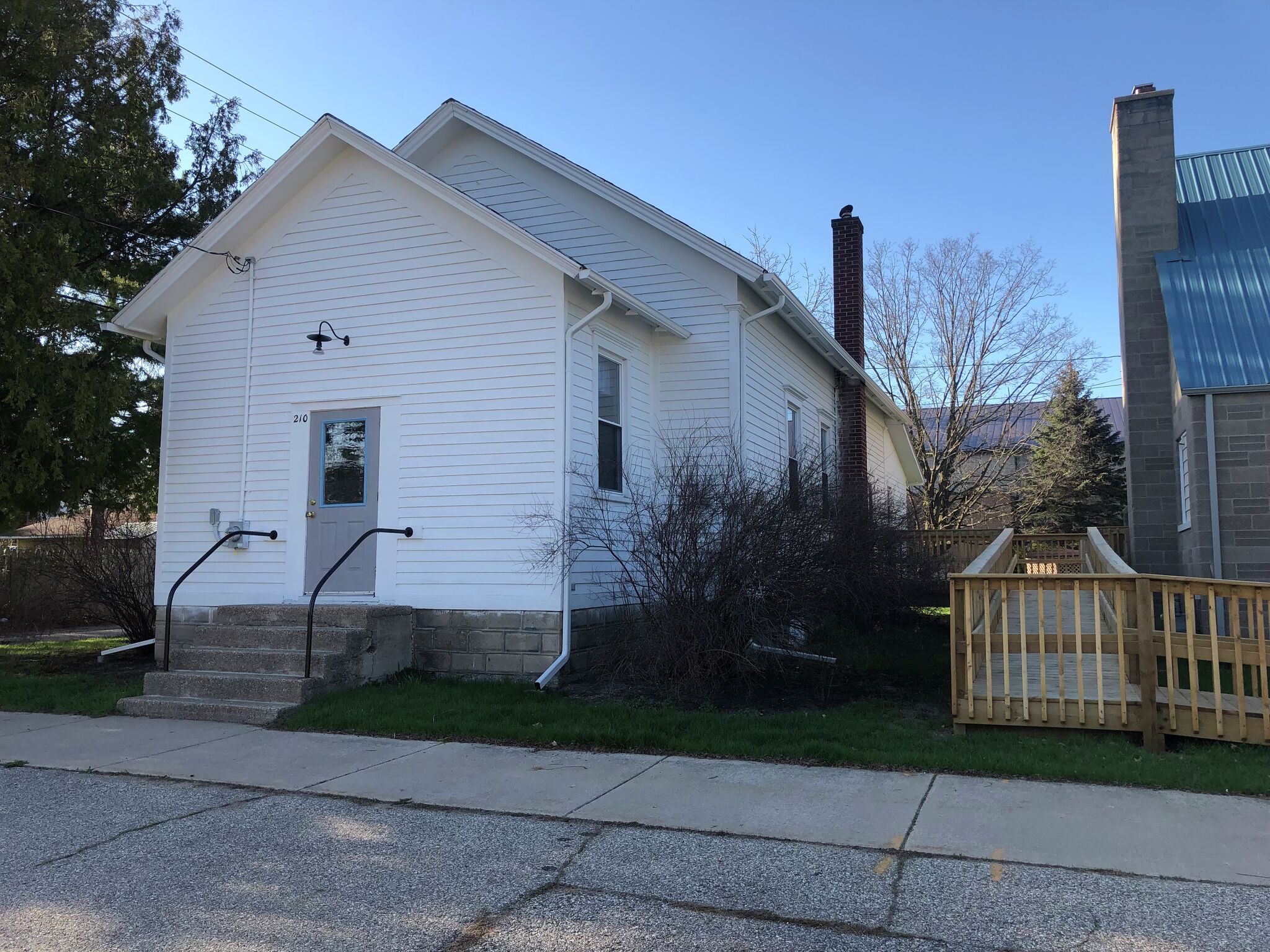 The church, at 204 West Pere Marquette Street in Big Rapids, was formed and the first pastor was appointed in 1876.

Mary Smith, secretary to the church’s board of trustees, said the project aims to reinvigorate the old church building into a more usable space for congregants.

“We recently renovated Fellowship Hall,” Smith said. “The work included insulating the walls and painting both the exterior and the hall and kitchen inside. We also added a terrace which included a disabled ramp to connect the building to the sanctuary. We plan to add a handicap accessible restroom on the main level in the near future.”

The church originally met in an unused schoolhouse that was later purchased from the City of Big Rapids and the Big Rapids Public School System. Membership in 1888 was recorded at 37.

The building was renovated in 1917 and a basement was placed under the building, a coal furnace was installed in the basement, new front steps were poured, benches were added to the sanctuary and a service water was supplied to the building.

In 1918 Stanwood Free Methodist Church was created from the church in Big Rapids. By 1927, membership had grown to 60 members. A second church was started in West Grant.

The Great Depression created difficulties for the church as well as for the whole country. The church survived even though the offerings were meager. During the 1940s the basement was again improved and rooms for Sunday school were added.

In the early 1950s, the church was growing and needed additional space. The decision was made to build a new shrine on property owned by the church.

The current shrine building was completed in 1954. An organ was donated to the church in 1956. After the construction of the new shrine, the old building was renovated and converted into a fellowship hall. New hardwood flooring was laid, a kitchen was added to the north end of the building, and other upgrades were made to the basement.

The current parsonage at 604 Bridge St. was purchased in 1962. Around this time, the sanctuary was carpeted and cushions were added to the pew, and new entry doors were also installed. Fellowship Hall has been closed for 6 years due to sewage backup after an extreme cold snap froze the city sewer line in front of the building.

The new changes will provide additional security for older worshipers and create a new, more enjoyable space for religious events.

“Our services are streamed live weekly via our Facebook page,” White said. “We have provided assistance to people in need and actively participated in the Barefoot Walk to raise awareness of the problem of human trafficking. We are holding Civil War Historical Group meetings. With the reopening of the Hall of scholarships, we hope to be able to extend our ministry to the community.”