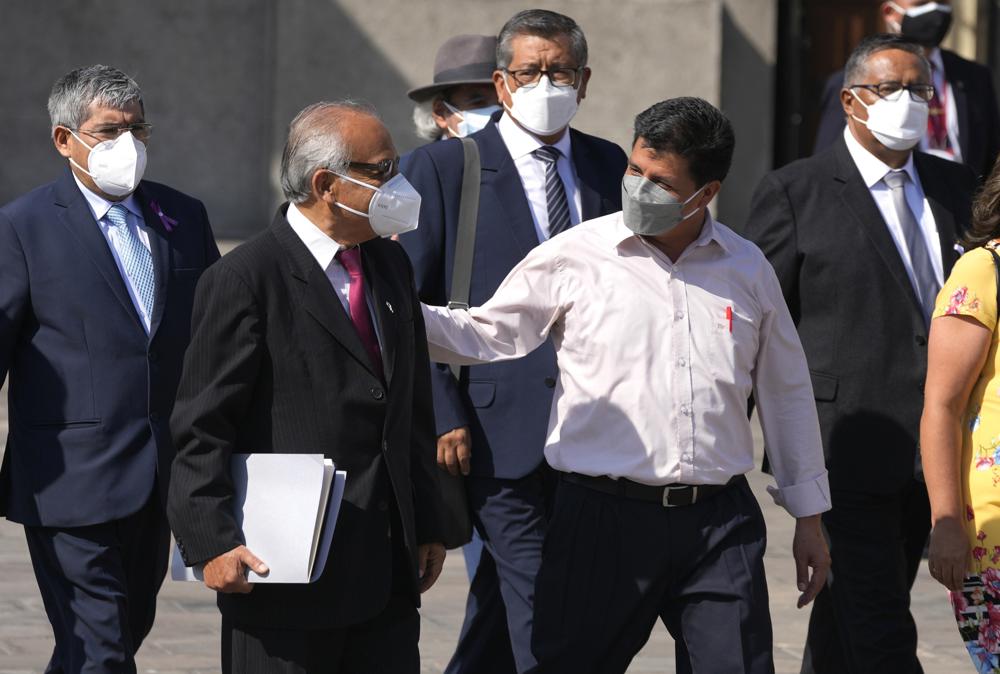 ROME – As the political crisis in Peru worsens by the minute, following praise for Adolf Hitler by the Prime Minister, the local Catholic Church says it is ready to mediate between the government of President Pedro Castillo and the demonstrators demanding his head.

On Thursday, Prime Minister Aníbal Torres paid tribute to the late Nazi leader during a speech at a cabinet session in the central region of Junín, Peru, where protests have erupted for nearly a week in response to rising fuel and fertilizer costs. Torres praised Hitler for making Germany a “leading economic power in the world”.

Speaking of the need to invest in infrastructure, especially highways, Torres also mentioned Italian fascist dictator Benito Mussolini: “Italy, Germany were like us, but on one occasion Adolf Hitler traveled to northern Italy and Mussolini showed him a highway built from Milan to Brescia. Hitler saw that, he went to his country and filled it with highways, airports. He made Germany the leading economic power in the world.

No mention was made of the dictators’ war crimes and crimes against humanity, nor of the genocide of six million Jews.

Torres’ comments were another drop in an overflowing bucket that has led hundreds of thousands of Peruvians to take to the streets since the start of the month. Castillo, a left-leaning pro-Communist former rural teacher who was elected last year, has been criticized for a host of reasons virtually since taking office but has managed to dodge two impeachment attempts so far.

At the center of protests that began last week are truckers and farmers, unhappy with rising oil prices and inflation in the country, but an ever-changing presidential cabinet, with ministries changing heads every the three weeks due to allegations of corruption, has been the wood maintaining the fire.

To name just a few of the many scandals: Agriculture Minister de Castillo was implicated but not convicted in two homicides; its education minister was accused of plagiarizing his doctoral dissertation, and its health minister was recently impeached, among other charges, for peddling flavored water as an anti-aging treatment.

Amid this institutional crisis, the Archbishop of Arequipa, Javier del Río Alba, pledged the prayers of the local Church for a solution to the crisis facing the country and said the bishops are always ready to mediate if the parties in conflict so request.

“The Church is always ready to collaborate, but to mediate it is necessary that both parties in conflict agree and request the mediation of the Church, always for the good of Peru,” the Archbishop said. during a press conference.

“We are all hurt by the situation we are experiencing in Peru,” he added.

Del Rio also called for sobriety on the part of the government when addressing the rioters, saying that “the state must also be very careful in how it responds to these situations. You can’t say, as one minister said, “there are only four dead”. No. A death cries out to Heaven.

He also referred to the four deaths caused by protests and looting in the Andean city of Huancayo in recent days, where transport worker leaders, on strike in several parts of the country, rejected the mediation of Cardinal Pedro Barreto, Archbishop of Huancayo, and demanded the presence of Castillo.

The Peruvian Archbishop recalled “the protests against President (Manuel) Merino” in 2020 which led to his resignation, “when there were two deaths and there was a big scandal. Now with four deaths , the media do not react in the same way. Violence always breeds violence”.

When asked if Castillo should resign from the presidency, the Archbishop of Arequipa said that “we have to be realistic and it is not easy for a person, a citizen who, with great effort, becomes President, to step down. I understand that this does not come from the heart.

However, he observes, “what is within his reach is to summon good collaborators, people with experience. We have brilliant technicians of international level, people who do not necessarily respond to a game, who can be summoned.

The Peruvian Prelate recalled that “as the President himself has said, it is clear that he is not ready to be President. This reality touches our hearts, and we must collaborate with him” with “very good professionals who can be called upon”.

Finally, Del Río expressed his hope that “the Lord will tear down the wall in our hearts and Peru will come out united during this Holy Week”.