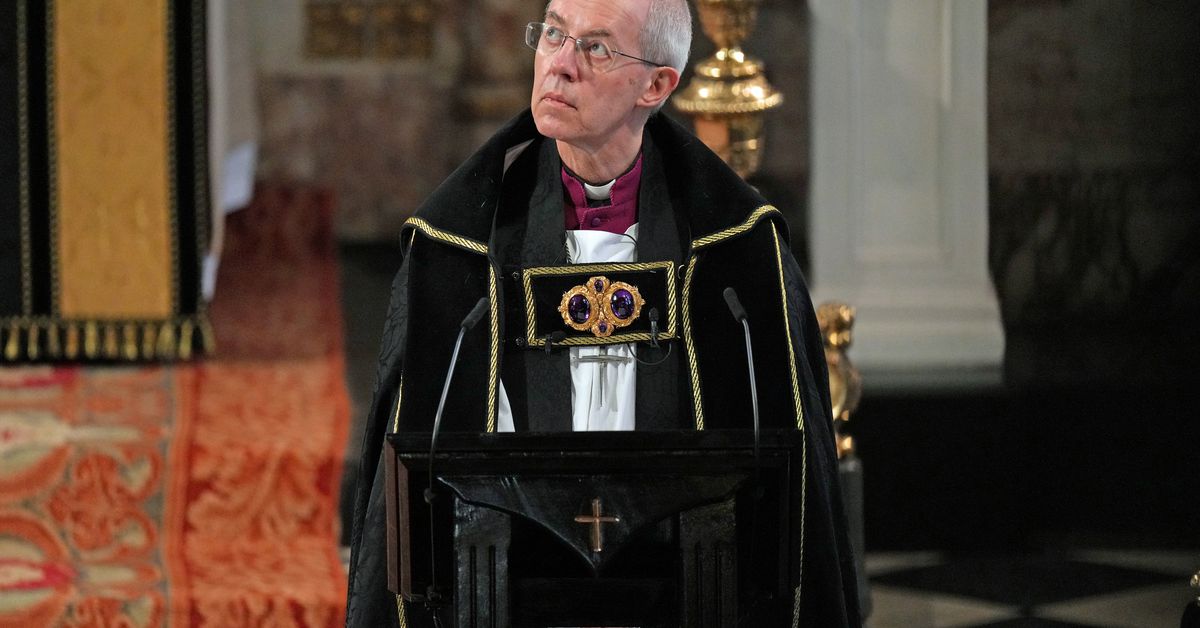 Archbishop of Canterbury Justin Welby attends the funeral of British Prince Philip, husband of Queen Elizabeth, who died at the age of 99, at St George’s Chapel in Windsor, Britain on April 17, 2021. Yui Mok / Pool via REUTERS / Photo file

LONDON, Nov. 1 (Reuters) – Archbishop of Canterbury Justin Welby apologized on Monday after saying world leaders failing to act on climate change could make a bigger mistake than their predecessors who ignored warnings concerning the rise of the Nazis.

Welby, the spiritual leader of the Anglican World Communion of around 85 million Christians, speaking at the start of the climate change summit in Scotland, said he was sorry for the offense caused to Jews by his comments.

“I unequivocally apologize for the words I used in trying to stress the gravity of the situation we are facing at COP26,” Welby said on Twitter. “It is never fair to make comparisons with the atrocities committed by the Nazis.”

The essential UN summit to avert the most disastrous effects of climate change opened on Monday, with world leaders, environmental experts and activists arguing for decisive action to stop global warming. Read more

Welby earlier told the BBC that world leaders would be “cursed” if they did not reach a deal on climate change.

“People will talk about them in much stronger terms than we are talking about (…) the politicians who ignored what was going on in Nazi Germany because it will kill people all over the world for generations.” , did he declare.

“It will allow genocide on an infinitely larger scale. I’m not sure there are degrees of genocide, but there is breadth of genocide, and it will be genocide indirectly, through negligence, recklessly.”