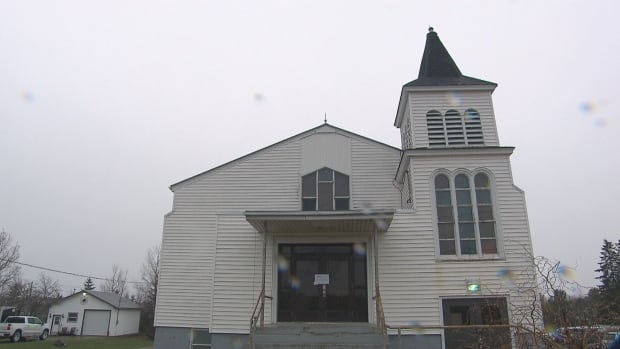 Mary McCarron enters the Notre-Dame-de-Lorette church in Dieppe for the first time in years.

She is immediately struck by its size, so different from what she remembered.

She had thought it was “so big,” she said, but it wasn’t.

McCarron moved to Lakeburn, across from the old Moncton airport, when she was just one year old, and the church quickly became the center of her world.

Notre-Dame-de-Lorette opened in 1946 and closed over 70 years later in October 2018 due to steadily declining attendance.

It has now been sold and will soon be demolished to make way for an apartment building, and on Wednesday former parishioners were invited to the church on Champlain Street for a final look.

For many, the visit brought back memories and emotions.

McCarron, who married in the church 40 years ago, wanted to come see what had once been the heart of the community.

Although she moved to another parish after her marriage, the church is filled with happy memories. McCarron has a few old black and white photos on her phone, showing her Brownie pack and a photo from her First Communion.

She takes one last look around the empty church and thinks what it will be like when she’s gone.

“It will be different because I see a few homes in the community are gone. It’s a different feeling, but I’m glad I had the opportunity to be here,” she said.

Former parishioners take a last look around the church in Dieppe before demolition.

People paid a final visit to the Notre-Dame-de-Lorette church, which closed in 2018 and will now be demolished to make way for apartments. 2:23

John-Guy Saulnier was baptized and had his first communion in the church.

The memories continued to weave throughout her life for years afterward.

“I remember going to school maybe first or second grade and coming here for mass at 4 p.m., and it just went on from there,” he says.

Saulnier’s parents celebrated their 50th birthday in the basement of the church.

He moved to another parish when the church closed, but wanted to stop one last time.

“It’s amazing. It’s definitely not what it used to be anymore,” he says.

For Jean Richard, the last visit is a moving experience.

His memories go back to 1973, and the church was a special place for him and his family.

Richard sang in the choir and was a soloist.

“It was a tight-knit community and everyone knew each other,” he says. “It was a very comfortable place to come and worship.”

Richard stands in front of what was once the altar of the church and offers another prayer.

Then he leaves the church, for the very last time.