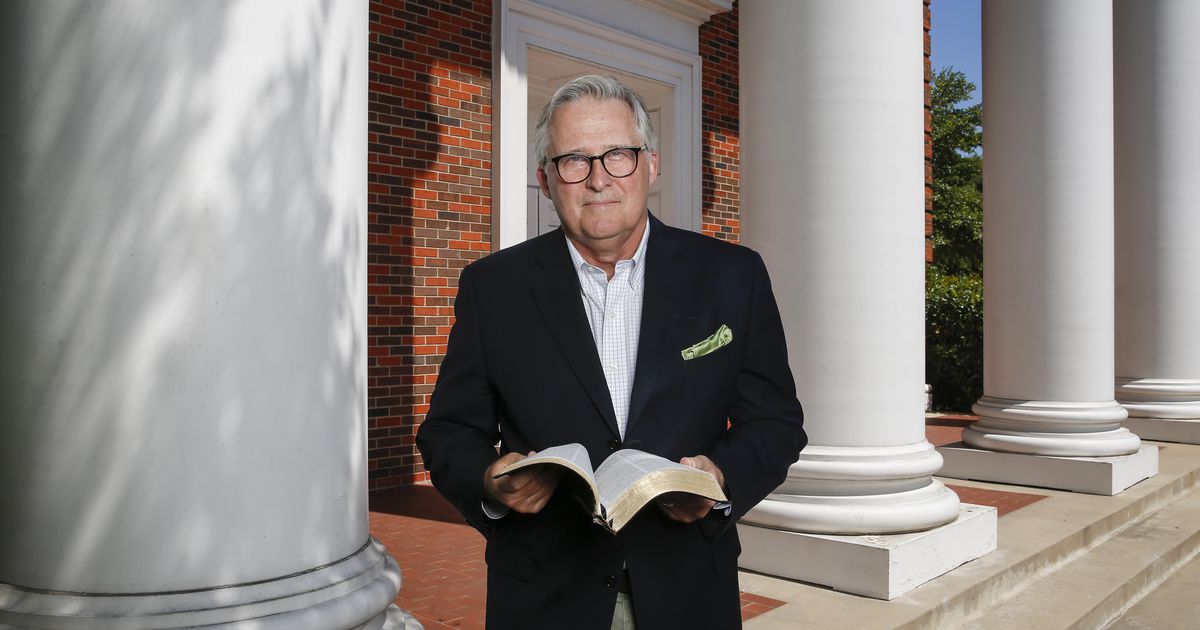 After serving Wilshire Baptist Church for nearly 33 years, Senior Pastor George Mason has announced he will be retiring this year. Known as a bridge builder who sought to heal divisions and bring people together for the common good, Mason is the oldest pastor in the church’s 70-year history.

“My retirement comes from the role of senior pastor, but not from ministry,” Mason said.

Mason was born in New York and attended the University of Miami where he obtained a degree in Business Administration. He was ordained a priest in 1979 and went on to receive a master’s degree in divinity and a doctorate from Southwestern Baptist Theological Seminary.

He became a pastor in Wilshire in August 1989 at the age of 32. Mason will preach his last sermon at Wilshire Baptist on May 1st. He will remain in the role of Senior Pastor until August 31.

In 2016, Mason’s vote to affirm LGBT members of the church resulted in Wilshire’s split from the Texas Baptist General Convention despite the church’s 65-year history with the organization. In 2000, under his leadership, the church also split from the Southern Baptist Convention on the same issue, and Mason helped found a more moderate and inclusive group of churches known as the Cooperative Baptist Fellowship.

During Mason’s tenure, he began ordaining women and divorced people as deacons and offering full church membership to those baptized in other Christian traditions.

Mason has played a major role in serving the Dallas community, including founding Faith Commons, a multi-ethnic, multi-faith organization committed to “bringing faith to life” by promoting the common good.

“I felt the welcome of this community and I found a feeling of belonging here. I have enjoyed working with religious and civic leaders collaboratively for the common good and it has been personally and spiritually nurturing, ”he said.

In 2014, Mason helped provide refuge for the fiancée of Thomas Eric Duncan, the first person to die of Ebola in the United States. and his congregation opened its doors to the family of Troh.

He was also a key figure in addressing racial and social justice issues following the unrest. He often contacted leaders of different faiths to help him in this work.

“The challenges we have as a city will only be successfully met if we are honest with ourselves and others, face them honestly and work together across our differences. We have to find ways to find ourselves and not to separate from each other. Cooperation and not competition is what will win us the day both in our religious traditions and in our public lives, ”Mason said.

Apart from his pastoral efforts, Mason is an assistant professor in the Perkins School of Theology at Southern Methodist University and is the principal advisor on Baptist studies there. Mason was also a regular contributor of editorial writers to The morning news from Dallas.

Although Mason is no longer senior pastor, his efforts in the Dallas community will continue.

“I wanted to make sure that I wasn’t just going for something but something good. And so those other areas of work will be what I do here in Dallas to continue to be a minister, but not a pastor, ”he said.

Mason and his wife Kim have three children and six grandchildren.

The church will appoint a search committee this Sunday to find its replacement.