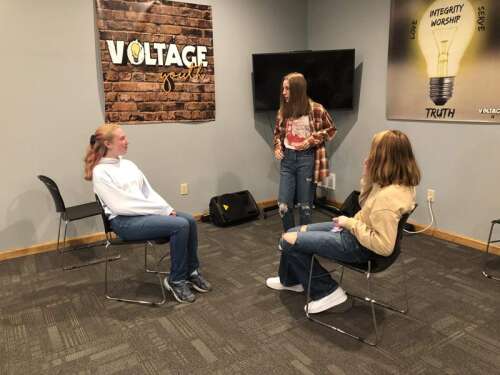 Cornerstone Community Church in Kresgeville celebrated its 25th anniversary on Sunday by dedicating its new wing to children. Those who helped with the process have been recognized, including two who died last year.

The church began in 1996 when six families from the First Baptist Church in East Stroudsburg came together to plant a church in the West End.

They started meeting at the West End Fire Hall, moved to rented accommodation across from Chestnuthill Nursery, and moved into the new building on Easter Sunday in 2005. In June 2019, the congregation began to enlarge the children’s wing.

The Reverend Brian Weber, Executive Minister of Converge MidAtlantic, was the guest speaker.

“The church is the people of God and the work of God to build his kingdom. God has a great plan for this congregation, ”Weber said.

The new wing was named Heritage Hallway, a name chosen in an internal competition.

Reverend Stuart Szmaciasz, pastor of the church, said it took seven years between the first meeting of the building expansion committee and the day the building occupancy permit was obtained. They went through everything from A to Z when there was nothing but a parking lot.

He added: “It’s amazing they’ve traveled together for so long.”

Committee members who were honored:

• Sally Batchelder, who retired as secretary in 2019, died on June 17 of that year. Szmaciasz said she took care of many details and could sometimes be heard speaking to contractors in a stern voice, saying, “This is not acceptable.”

“She got things done,” Szmaciasz said.

• Nadine Hinton, who, according to Szmaciasz, “brought her wisdom and cheerful demeanor to every meeting”.

• Chris Borger, engineer, was “indispensable” to the project. “Chris put in countless hours,” he said, meeting with the surveyors, the township and going over the details. “It saved us a lot of money,” Szmaciasz said.

“I love what God continues to do at Cornerstone,” said Reverend David Cornell, retired from First Baptist Church.