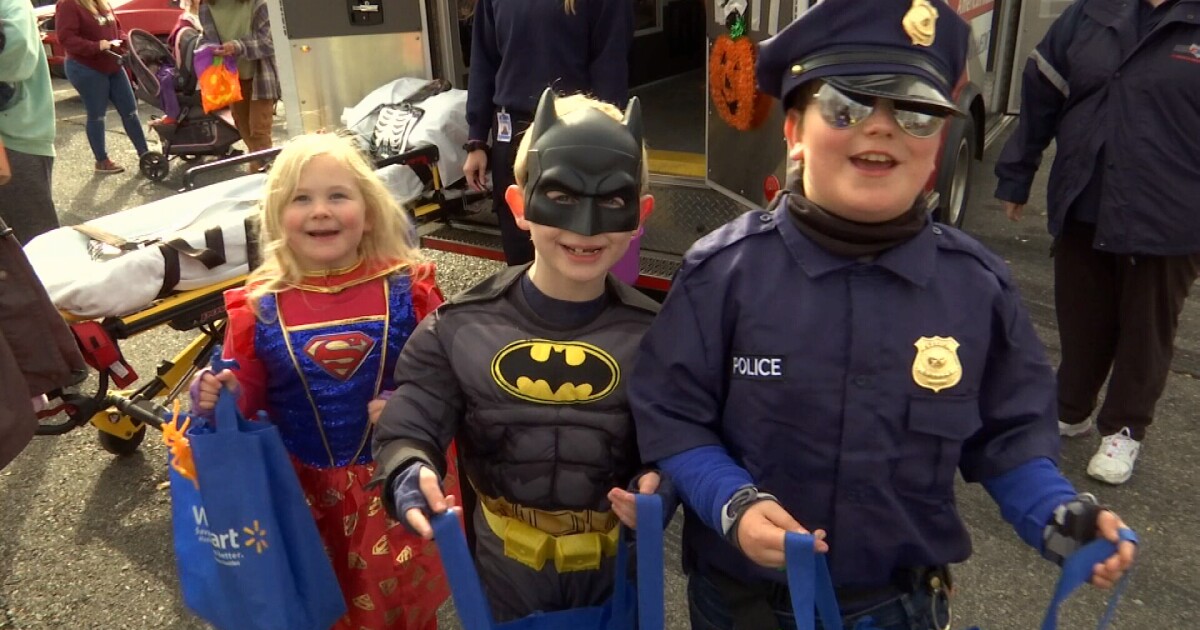 BILLINGS – As the costumed characters went door-to-door or trunk-to-trunk on Sunday night, it felt like a more normal Halloween vibe at three candy destinations in Billings, with no shortage of candy in sight.

“We love it. That’s a lot of candy. Lots of fun and we’re just planning to make this the best trip possible, ”said Jessica Higdon, 26, of Billings.

Higdon and his eight-year-old daughter, Emma Williams, were dressed up as characters from the Disney film, “The Nightmare Before Christmas”. They were on their first stop of the night at a trunk or treat event at Rimrock Mall.

“We’re going to try to hit as many stops as possible and have as much fun as possible,” Higdon said.

The third annual Trunk or Treat event was hosted by the Outlaws of Octane Automobile Club and saw hundreds of people in the Dillard parking lot off 24th Street W. Club members paid for the car. privilege of distributing candy, with profits going to the Billings store. With a cop.

Among all the caped crusaders and horror icons were Skye Mitchell, 28, and her two-year-old son Talon. They took Roberts’ trip for a ride or a treat and went all out for their costumes.

Dressed as characters from the Star Wars series, “The Mandalorian,” Mitchell said she assembled her costume herself in about a month.

“The headpiece only took two weeks. Most of it was waiting for each layer to dry. Sewing took the longest time. It was easier than I expected, honestly,” he said. Mitchell said.

Another candy hot spot could be found at Bethel Baptist Church on the Billings South Side. Pastor Jeremy Bourne said this was the fourth year they’ve hosted their trunk or treat event.

The trunk or treat event is being hosted by a combination of three departments in Billings, Bourne said. Bethel Baptist Church, Community Leadership and Development and LifeWay Church are helping to organize the popular event, Bourne said.

“Of all the things we do each year, this is the one that gets the most traction and we have the most people showing up for this one,” Bourne said.

It seemed like the church trunk or treat was on par to see hundreds of people in costume.

Across town on Clark Avenue, the street was full of goodies. The busy street was very different from last year, when many homeowners turned off the lights for Halloween due to the COVID-19 pandemic.

Lorelle Lewis, a homeowner on the fourth block of Clark Avenue, said the wave of trick-or-treaters has been steady this year.

Lewis is a new owner in the neighborhood and said it was his first Halloween to hand out candy on such a scale. She, along with her friends and family, filled the entire cast of “The Addams Family” and more.

“We just think every year it’s going to get better: our decorations and our costumes,” Lewis said.