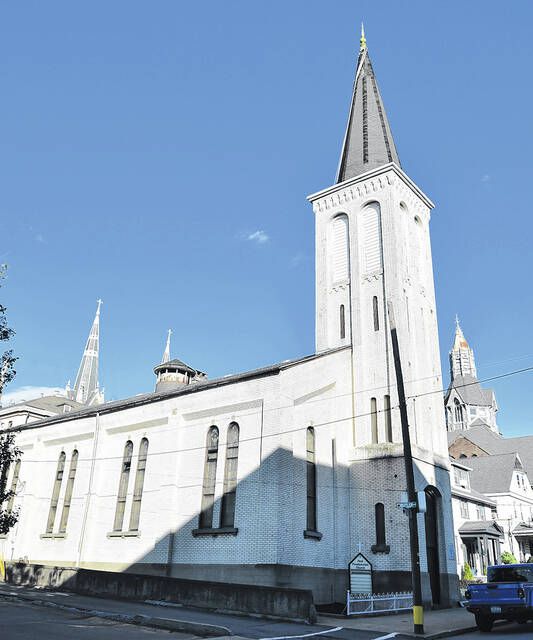 PITTSTON – Mayor Michael Lombardo has announced that the city redevelopment authority has purchased the old Pittston hospital with future plans for housing on the property.

In addition to acquiring a 13-acre hospital, the City purchased the former First Presbyterian Church on Broad Street. The old church will be the future home of the Greater Pittston Historical Society and other uses.

The old hospital, built in 1914, closed in 1981 and has housed several businesses ever since.

Mayor Lombardo said he could provide housing for several families at the site of the old parking lot, which is adjacent to Johnson Street.

“The simplest part of the project is the townhouse on the parking lot site,” Lombardo said. “I would also stay in the old nursing school and the old physical factory. I can even see a restaurant on the top floor of the old hospital.

The main part of the hospital is four floors above and a basement. The property sits on two municipalities, Pittston City and Jenkins Twp.

The second property acquisition is the First Presbyterian Church on Broad St.

Lombardo said he plans to maintain the physical appearance of the building by keeping the bell tower.

“The reason we have the church is that there is no way the steeple can collapse,” Lombardo said of maintaining the Pittston skyline. “We can no longer afford to lose iconic buildings and rooftops. “

Lombardo said the Greater Pittston Historical Society, which is now in the basement of the Pittston Memorial Library, should move into the First Presbyterian Church.

Apartments will also be integrated into the church project.

“My first goal is to stabilize all the buildings so that we can start working on them,” Lombardo said. “We want each of them to be structurally safe, waterproof, and animal-free. “

Mayor Lombardo said progress on the Fort Pittston School project resumed recently when all the ivy and its roots were removed from the exterior surface of the school.

Fort Pittston, according to Lombardo, qualifies for registration on the National Historic Register. The building is intended for housing.

“People love not only the city they live in, but their community,” Lombardo said. “All three projects have elements with high-end housing.”

The mayor also said the streetscape on Main Street in the Junction section of Pittston has been delayed by paperwork, but insists the project will go to tender in October.

“It’s not a complicated project, the hardest part of this project is the technical part and we are doing it right now,” said Lombardo. “We’re going to do some initial landscaping for the project this fall and start hot and heavy until spring.”

In other Pittston news, Mayor Lombardo has created a bridge task force regarding both SPC. The Dale Kridlo Memorial Bridge and the currently closed Firefighters Memorial Bridge with representatives from Pittston and West Pittston.

“I’m making sure we’re in this fight and not spectators, both us (Pittston) and West Pittston,” Lombardo said. “We need interest in representing both communities and I assure you that I am ready to fight as much as I need to fight for our two communities so that what is ultimately decided makes sense for we.”

“The impact on the bridge decisions is big and the whole problem and I’m not sitting on the sidelines,” Lombardo added.