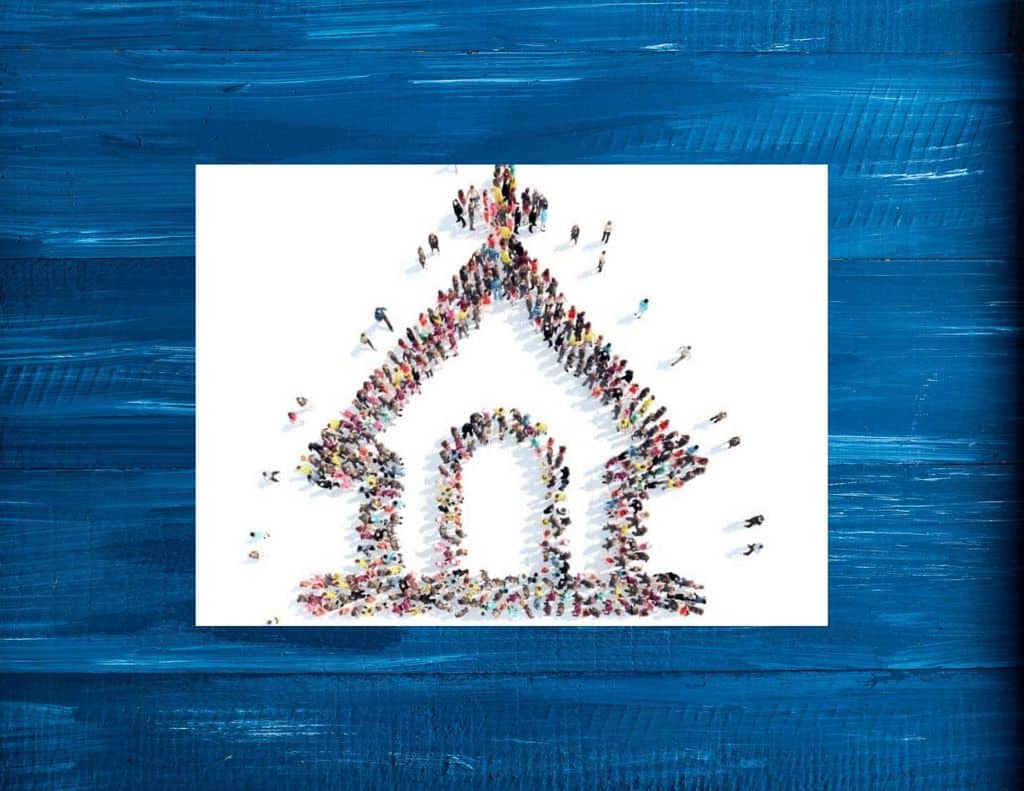 CITY OF KANSAS – Just north of the river in Kansas City, Randolph Baptist Church (RBC) was dying. Since 2005, it had lost 80% of its limbs and had split up. Twice. When their pastor retired in 2019, the church had only five members. It was essentially a house without a church.

A few miles away in Gladstone, the Sudanese community church had met at Linden Baptist Church, but was seeking a more permanent place of worship and evangelical light for the North African immigrant community. When COVID upended everyone’s plans last year, the church felt even more strongly that it needed a place to call its own. They were a homeless church.

Pastor Sylvestor Lubani said they wanted to build, but the finances just weren’t there, and it seemed like having their own place of worship was far from a goal.

“We never thought it would happen, but our prayers were constant,” he said.

They weren’t the only ones praying.

“We didn’t see much of a way for our church to bounce back, but we had prayed,” said Ed Becker, Randolph’s lone deacon.

They asked Gary Mathes, director of missions for the Clay Platte Baptist Association, to explore possible options for their future, including allowing their building to be used by another church in the association who was looking for a place to stay. gathering for worship. They agreed to pursue this option in January of this year, and the following week Lubani and the Sudanese Community Church also jumped on board.

“We felt like it was a thing of God,” Becker said. “After meeting them, we saw a lot of zeal and believed that they would use it for the Kingdom of God.

The Sudanese church gathered for the first time in over a year on Easter Sunday in the Randolph building. After a 10-step process and several weeks, they came up with an ingeniously simple plan to transfer ownership of the church building to the new congregation.

“It was a win-win,” Mathes said. “It helped Randolph leave a legacy with their building and a wonderful opportunity for the Sudanese to have a place of worship and prosper.”

In a regular worship service on June 6, Mathes preached to Randolph and, at the end, opened the invitation to become a member.

Twenty-three Sudanese believers ran and stood for membership and were elected by the current RBC members in accordance with their constitution as full members of RBC. The following Sunday, the new makeup held a business meeting and called Lubani as their pastor. At that same meeting, the remaining original members of Randolph voluntarily stepped down, and the church then appointed and elected new officers from among the Sudanese members who had recently joined the church.

Former Randolph members are currently looking for new churches in the area, but for the Sudanese the last step was to sort out the issues with the Missouri Secretary of State so that they can officially be the Sudanese community church doing business. as the Randolph Baptist Church.

Everything was done according to Randolph’s constitutive documents, for a grand total of $ 7 in application fees.

The church has found a home, the house has found a church, and the gospel continues to be preached by the Randolph Baptist Church. “This is the greatness of God! Loubani said.