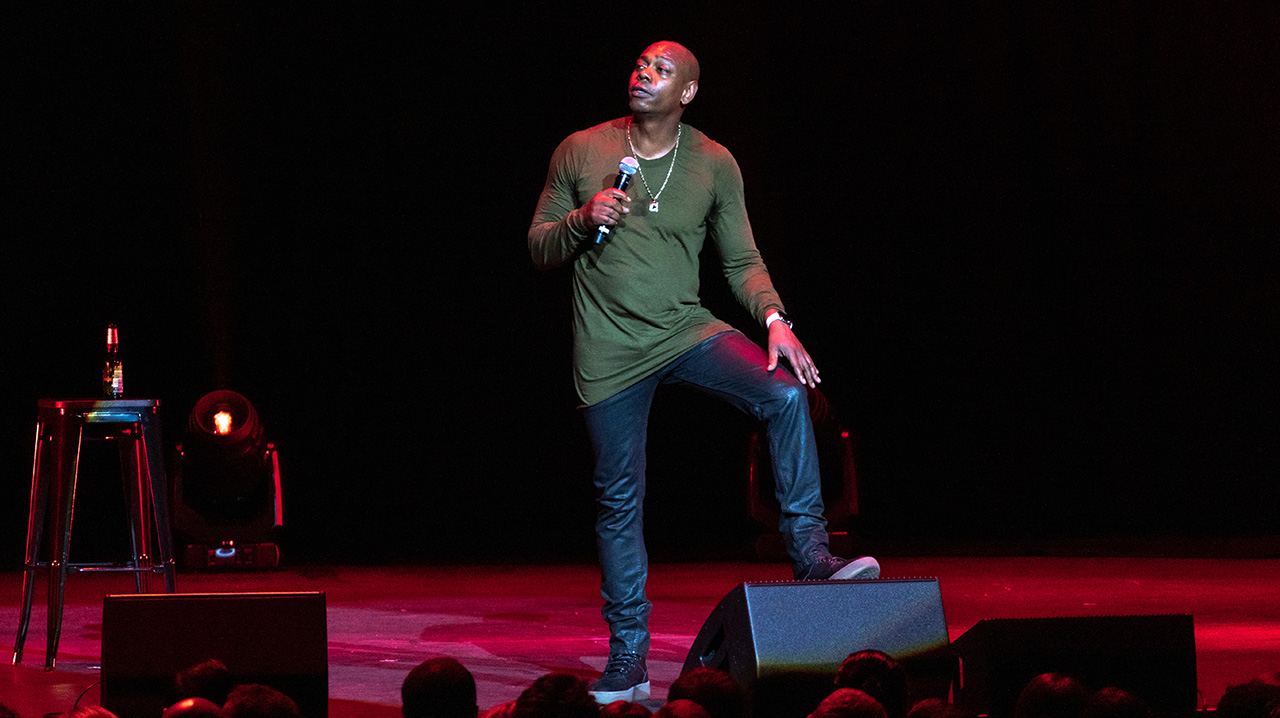 Comedian Dave Chapelle has been triggering firestorms in Detroit for years. In 2015, crowds demanded refunds when Chappelle pushed his way through a disastrous stand-up performance in which he appeared visibly intoxicated.

His last appearances in Detroit were filmed for a new Netflix special, “The Closer,” which sparked a massive backlash against Chappelle from LGBTQ+ community and allies for what they say are blatantly homophobic and transphobic messages.

Listen: How Dave Chappelle’s “The Closer” crosses the line between what is funny and what is offensive.

Dr. Rev. Roland stringfellow is a senior pastor and teacher at the Metropolitan Community Church in Detroit, which serves LGBTQ+ community. He says that Chappelle had been one of his favorite comedians, but that “The Closer” clearly promotes homophobic and transphobic prejudice. Since most disenfranchised communities have already criticized Chappelle for what is inappropriate to say, Stringfellow believes the comedian should be able to distinguish what is funny and what is over the top. “I don’t know if he really understands… the depth of violence that the trans community faces,” he says.

Ahya Simone is a Detroit-based multidisciplinary artist and the creator, co-writer and director of the fictional comedy web series Femme Queen Chronicles. She says Chappelle is a famous and crude part of the American cultural lexicon. She says that in the early 2010s the comedian was a “roaring lion” in the comedy circuit, but now struggles to figure out what’s funny. “He’s not as good at tackling things he doesn’t know anything about,” she says.

Simone says Chappelle’s new comedy special is hurtful, but it doesn’t push the boundaries of how most people think, either. “He doesn’t seem to understand at that point, or doesn’t care at that point, that he’s not saying anything original or outside the norm,” she says.

Dr Thomas Ford is a social psychologist at Western Carolina University, specializing in prejudice, derogatory humor and discrimination. He says Chappelle’s Netflix special is complicated and there are questions about how much leeway should be given to comedians. “They have traditionally made fun of the people, ideas and movements that shape culture,” he says. Ford also says comedians should be held accountable for thinking about the negative consequences of their art.

“We find that when people are exposed to derogatory humor, it opens them up to express the biases they already have, ”he says. “They also have a greater willingness to discriminate against themselves. “

Reliable, precise, up to date.

WDET strives to make our journalism accessible to everyone. As a public media institution, we maintain our journalistic integrity through the independent support of readers like you. If you value WDET as a source of information, music and conversation, please give a gift today.

Pastor needs volunteers to help the sick and homeless