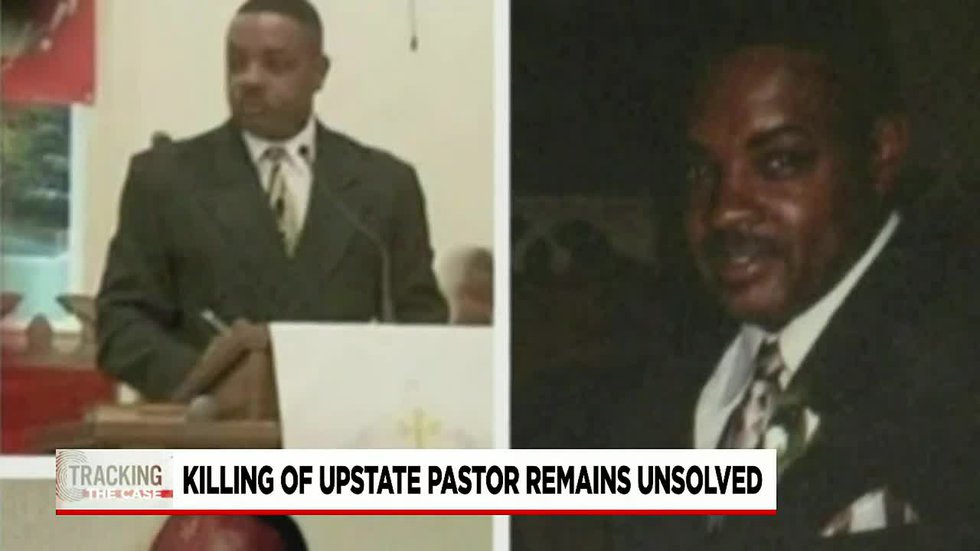 GAFFNEY, SC (FOX Carolina) — A pastor killed along the road 20 years ago in Gaffney remains unsolved.

Perry Posey pastored Shady Grove Baptist for years, even helping build the nearby church. “This is the case of Perry Posey, he was a local pastor who was killed on February 6, 2002,” Lt. Jordan Cutchin said.

Cutchin has been sifting through the 20-year-old case for 2 years now. His family and wife are speaking out saying they believe their father’s case can be solved, especially since the murder weapon is in evidence.

“I was 22 when it happened,” said son Kerry Posey.

“When I got to the scene, before they even said anything to me, the tape, I knew it was him,” said Perry Posey Junior.

Filing cabinets full of evidence are inside the Cherokee County Sheriff’s Office. Lab reports, sketches and photos all hold clues to who shot this father, pastor and mentor.

“It’s strange, usually us when we see these crimes, it’s usually not someone who’s a pastor,” Lt. Cutchin said. Investigators questioned whether the shooting resulted from road rage, as a suspect used a shotgun as the murder weapon. A soldier found at a traffic point a few miles from the scene a few days later.

“I heard rumors like everyone else, but it means nothing to me, I want the truth,” said Vergie Posey, his wife.

Investigators say Posey was found along I-85 and exit 87. His car pulled over after he was shot once around 3:45 a.m. According to records, the pastor was not found until after 7 a.m. Photos show bullet holes strewn all over his car, but only one bullet hit him.

Cherry Posey Dukes said many elements of the case did not sit well with her, including where officials found the murder weapon and her father’s car.

“It had been exposed to the weather, dew on the grass, rain, things like that would degrade fingerprints or DNA evidence,” Lt. Cutchin said of the murder weapon.

This family is skeptical, the motive is road rage and will continue to fight for answers. “I try to stay positive and pray about it…and keep them in prayer. Because if you can do something like that, you need prayer,” Cherry Posey Dukes said.

Investigators have no leads at this stage, but will continue to interview those they are directed to. The family thinks the case can be solved.