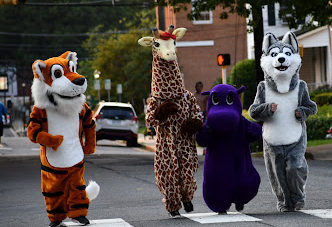 The recent national Conservative effort to requisition local school boards in response to specious culture-related grievances has happened in the “small town” of Falls Church.

The vice-president of the Cato Institute, Ilya Shapiro, is candidate for the FC school board.

Who is Ilya Shapiro? What does he believe? If elected, would his choices promote the goals of the community? In a democracy, voters need to know what the candidates stand for.

In a recent letter to Falls Church News Press, Mr. Shapiro seemed to bristle an attempt to discover his beliefs. His employer, the Cato Institute, formerly the Charles Koch Foundation, defends many views that many in Falls Church find repugnant. Shapiro has distanced himself from those views while selecting a few that are not backslid.

Don’t be fooled. Mr. Shapiro is not an accountant in a gadget factory. He is the United States Supreme Court spokesperson for an intensely political organization that exists to influence the laws we all live under. Shapiro’s job is to firmly defend Cato’s views. Equally important and revealing: he chose Cato, and Cato chose him. Yet aren’t Cato’s opinions his own? Seriously?

When asked about specific issues, Shapiro deviated: his field is “constitutional studies”. As if constitutional law were a circumscribed academic discipline, like the lepidoptera. Here are just a few examples of how Cato uses constitutional law: (1) to push for the privatization of schools, often seen as a cover to perpetuate racial segregation; (2) to attack minority voting rights – see the brief that Cato filed with the Supreme Court in Shelby Co. v. Holder; (3) strengthen the rights of firearms, in particular by defending the heinous hump-guns. Perhaps most tellingly, Cato peddles climate science denial. To verify his website. There is a long list of Supreme Court briefs, hundreds signed “Ilya Shapiro, official lawyer. “

But these aren’t school board issues, Shapiro might protest. An easy objection. Thomas Jefferson Elementary and George Mason High School were recently renamed, a move that had racial implications. The climate could arise as the board examines schools’ energy use and cleaner alternatives. School safety issues could arise because of all those guns that Cato so fiercely protects.

Shapiro’s attempt to downplay association with his employer’s opinions, where his full-time job is to defend those opinions, is fun. If that was all voters knew about Shapiro it wouldn’t be flattering enough but, of course, there is more evidence of his opinions and maybe even his reasons for running for school board in first place.

There is an old saying “tell me who your friends are and I’ll tell you who you are”.

Thanks to publicly available Virginia campaign donor disclosures, anyone with an internet connection can see who donated money to Shapiro for the school board race. The list is… enlightening.

Campaign donations to Shapiro School Board for Falls Church were made by individuals associated as employees or contributing speakers or writers to each of the following organizations:

Some more interesting observations on campaign payments to Shapiro:

It is curious that in a local and apolitical school board, nearly three-quarters of Shapiro’s contributions are large donations (over $ 100), and nearly half of them, including an individual donation of $ 5,000, come from outside the school board. State. To make sure he wins, to serve the kids, I’m sure.

Also curious: Shapiro’s contributions to his own campaign seem to total exactly $ 0.00. On the other hand, it seems that candidate Tate Gould is self-financing its entire modest campaign– $ 5,000.

Between the funding approaches of the two candidates, one suggests a candidate who, if elected, would not be tempted to make school board decisions that reflect the interests of a clique of very political funders from the outside the city. The voters of Falls Church now decide who will sit on the board, making decisions that affect their children and their community, deciding who represents their values ​​and beliefs.

I encourage them to vote with their eyes open and to spread the word.